In this second part, we explore the second week, which saw quite an upheaval in our political landscape. Read on! 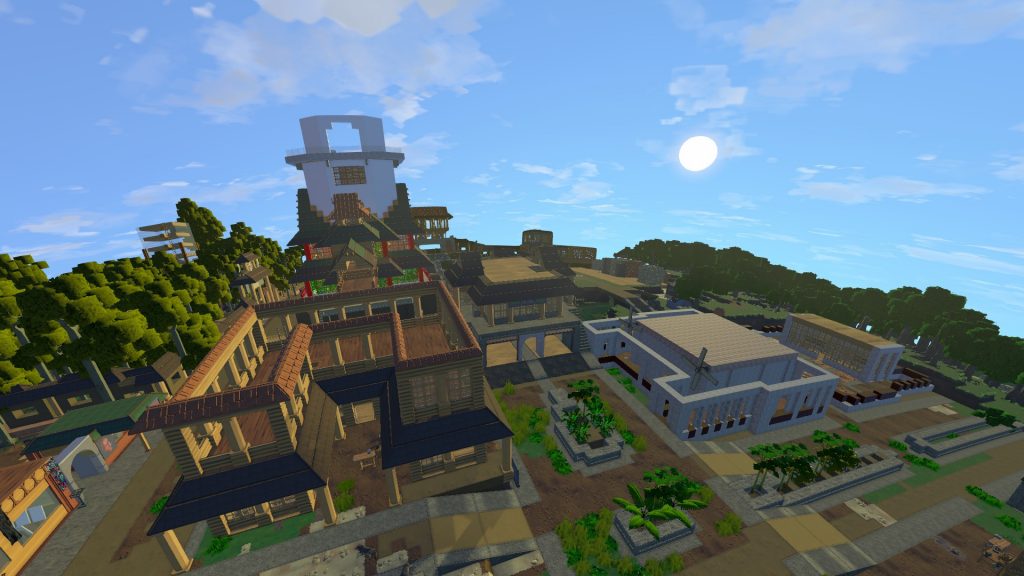 This week held much joy and much sorrow for the playerbase, not long after the discovery of cooking did we lose Belgareth1987, our only cook at the time, to an untimely computer breakdown. Through sheer luck, we were able to find a new chef in less than a day and Belgareth1987 had enough queued to be able to maintain the speed of progression until Holuo was caught up, thanks to the community’s efforts in leapfrogging his skill.

The concept of leapfrogging was first tested in earnest with a Day 5 joiner named Acularius. As a streamer who will be actively testing all Eco has to offer, the community suggested he try out the path of a mason, but at the time there were already 2 masons with expertise in mortaring. Bricklaying was a relatively newly-researched technology then and the masons were still awaiting the skill point to assign to it, hence Acularius was advised to immediately put his point into bricklaying, with the absence of mortaring.

As bricks regularly required mortar to fabricate, that meant that mortaring skill is a silent prerequisite for independent production. Furthermore, the bricklayer needed a Tier 1 workshop with kilns to begin production – all of these translated to significant investment, to which the city and private citizens (including fellow masons) have generously provided financial and material support. At first, this proved to be good business for all, as extra mortar produced by other masons were put to use by the bricklayer while both materials were in healthy demand all around. Furthermore, as players had to remodel their homes and shops, having a redundant alternative meant a stable supply of goods.

Similarly, it was the leapfrogging plan and the supportive community environment that allowed newcomers to quickly become useful and competitive on the market within a day or two in other fields, and proved particularly value when players dropped out into inactivity. Belgareth1987, originally slated as the capitol’s smith, changed to chef when the originally planned player abandoned after Day 1. With the computer fault putting him out of commission for a week, the newcomer player Holuo who arrived on the server within the hour after the news broke out was trained and equipped by the efforts of the townsfolk in both then South Town (later Costa del Sol) and the Capitol, and exceeded his predecessor’s capabilities in short order.

As anyone who has ever played Engineer beyond Basic Engineering can attest to, having the funds available for the Mechanics workshop when materials are expensive due to lack of efficiency, not to mention the sheer amount of iron needed to produce the workstations, it is a daunting task to be faced with such a prospect unless you have had the opportunity to build up capital to offset the investment. As virtually all income the engineer acquires (in our server, with government-paid roadwork)  is through stamping dirt roads, clearing terrain and building wood carts. By its very nature that is a one-off, non-recurring source of income that has to be recognized and paid for manually by the government, leaving late joiners with less opportunity to get the needed assets. To combat this situation, we’ve introduced a ‘rental’ service, where we use the Credit component of the Engineer workshop for Mechanics, Industry and Electronics to pay a flat fee per minute to on one hand recoup investment for the owner, while providing a much more favorable prospect for any prospective Engineers to get started on building things of their own.

We hope this is used more often on servers, as we believe it is one of the major reasons people currently do not wish to join a server beyond the first week – enabling people to leapfrog into the latest technology and being able to slot into the economy at large from the onset, rather than to put people behind an ‘investment wall’ just to get started. After all, one prospers only if all prosper, and providing true equality of opportunity is one step in the right direction.

The thankless job of bureaucracy

With total power collected in the control of the seat of government, bank, and library, Sovereign Satsuki Shizuka was conscious of the responsibility such converged powers bring. At the same time, this also brings all dissent and unrest onto one person.

With the onset of mechanics and the foreseeable need of a large workshop, the mechanic needed to raise a huge amount of capital for the building as well as the iron to produce the infrastructure and as input material. With his retail income limited to the scant sales of mechanic power sources and carts, the main source of income laid in wages for public roadwork. This led to an intense drain of the state treasury, often leaving it empty and even in debt. By now, a graduated daily tax system was in place for the Minori where tax rates increased depending on the balance of a player’s currency holdings, but even that was insufficient.

To prevent rampant inflation and making having money meaningless, Sovereign Satsuki promised a circulation limit of 100,000 Minori per active player, which at the time was more than twice the existing amount minted. Despite the Minori was pressed out of wood pulp (chosen to represent economic activity as it is a byproduct of logging, for materials or as fuel), even this common and “cheap” specie material presented a two-way problem that led to its dire shortage: The player base was expanding, while other material demands were constricting supply for specie. While the central bank openly buys wood pulp from loggers at a premium for minting (a feature appreciated by many freelancing loggers), pulp was used at the time to inefficiently produce paper, and sometimes as an alternative ingredient for mortar, as a result of exceeding demand in the ongoing masonry price war. While on other servers paper would be a relatively pointless good usually used strictly for currency or the occasional bookshelf, Maiestas Haven has developed a unique use of paper for the Plaster Block, one of the bricklayer’s most sought after building products. As a result, the currency was at great risk of deflation.

With raising the graduated daily tax system certain to be too much a burden the general populace, the Sovereignty was eager to increase tax sources, as well as exploit new supplies of money. With gold ore being extremely rare resource with contemporary mining activity, the government pushed its limited resources to commission a treasury, opening the opportunity for sales and transfers tax. While the 2% sales tax was widely accepted, the 1% internal and public transfer tax was considered a nuisance and later also contributed to dissent against the Sovereign. Nonetheless, this new tax alleviated the strain on the government’s coffers by providing a steady, continuous stream of income.

Establishing a bank and registrar allowed citizens to incorporate into financial and associative entities. Sans Tark and NNmike of South Town, under the expertise and instruction of Praefator, incorporated Dwarven Industries at the first opportunity, which will have significant political implications for the coming weeks.

Asides from engineer Praefator, other citizens may also take to dirt road paving as a side job for extra income or as a service for the community. Roadwork manpower at the time was stretched thin, as many supposed roads in the capitol were still overgrown in tall grass or even entire impassable hills of dirt and stone, and requests for roads stretched both east and south towards the satellites. While the government diligently keeps up with paying all requests for wages, newcomers to the system often forget to report or even to keep records of their work, and often feel left out or alone in the colossal prospects of such a long distance. With the Capitol completely occupied with current or recently abandoned residents (at the time, the Abandonment Law has yet to be enacted and lands have yet to be reclaimed), many new players were redirected to Lute Lake, situated in the forest, at the (then) end of the Eastern Imperial Road, halfway between the proposed clay/shale mine in the rainforest and the city. With bricks and plaster in great demand but no dedicated exploitation for its raw resources, more labour was put into the Eastern road project compared to the Southern road project. With only half the distance to cover, completely straight, and less elevation corrections, the Eastern road was made serviceable within the week. This, however, drew ire and jealousy of the southern residents and saw it as further favoritism by the capitol and its administration.

Factionalism, and threat of community schism – the Southern Road Incident

At the same time, tensions between the two burgeoning towns came to a climax, ultimately concluding with a new election which would change the course of the server for the better.

Although it required a significant rework of our inter-townroads, including having to remodel a house situated in harm’s way, Praefator made good on his campaign promise (a rare thing for a politician!) by working with the affected parties to correct the road and ensure the two towns had a suitable, double-laned road to encourage trade.

In terms of overall progress, in this second week we saw a lot of industrialization happening, with the Mechanics workshop going up in the Capitol, as well as vastly increasing iron bar production, and introducing our hallmark second currency, dubbed the ‘Tongbao’ (or “circulating treasure”), with mixed feelings towards its name compared to the previous “Regal”.

On the other hand, we formalized recognizing the southern town as a full-fledged town in its own right, naming it Costa del Sol with Sans Tark as its leader, and having a double-laned road due to the increased strain the sight of steam trucks would otherwise put on our fledgling roads.

This marks the end of the 2nd week. For a refresher on the first week, see here. To jump ahead to the 3rd week, go ahead!