Hello! As you may be wondering what this page is about – it’s all about government, and how we envision it to evolve past its relatively primitive beginnings to one with a developed rather than assumed world government.

First, a quick recap as to how government is currently organized as of Beta 8.2: 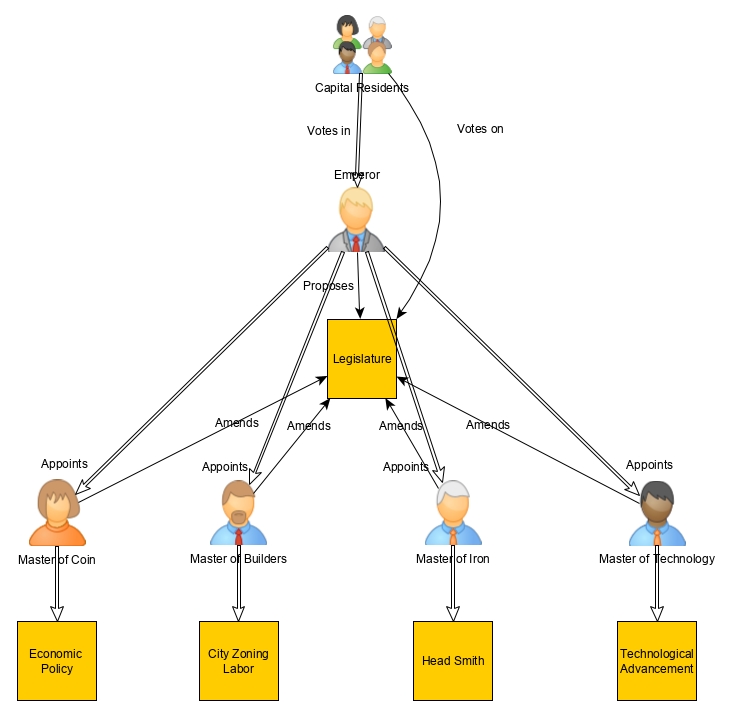 The current system of government as of Beta 8.2

As you can see, it’s a relatively simple model, where the citizens (at the time of server start) elect a sovereign, who then assigns roles to the members of staff, each with their respective responsibilities. Depending on the situation, like when Meri came to us to have a town of her own with her friends which would operate autonomously from the capital, the global laws had to be adjusted so as to not have overlap with her autonomous region.

As you may be able to tell, such measures were workarounds due to current (as of Beta 8.2) game mechanic limitations. With Beta 9.0 offering much more flexibility in that regard, the way government operates should evolve with it or be left behind.

In the government subpages, I’ve outlined what I think we should pursue for our government framework. Feedback is of course welcome over at #in-progress on our Discord 🙂