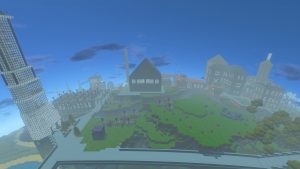 This server was founded in early November of 2018, after the previous admin unceremoniously pulled the plug on our then-current Beta 7.7.2. We recovered our map about a week later, after which Ferchibald, Kobayashi, Ghost, Coey123 and yours truly switched hosts to become hosted in a dedicated server from Praefator’s home.

During the later part of the map, I invited SatsukiShizuka to become our Bank/Treasurer to manage our fledgling server’s economy. 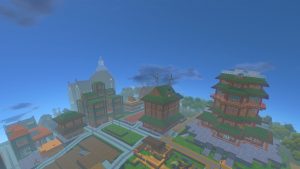 The town as it was during the Beta 7.8 map cycle

Unity Tower, our first attempt at a City Hall

Initially, we had but a single currency, which was both to introduce us to the concept of a managed economy (having utilized a more or less shared resource pile before), as well as test the waters as to how the server economy was to take shape.

During 7.8.9 we introduced further refinements to the economy, specifically to create a singular workshop for our Engineering team as well as make it very convenient for miners to sell their mined goods directly to the mason/smith.

Additionally, it was during 7.8.9 where both Lack and Belgareth1987 joined. Lack went on to become Staff as of 8.0, with belgareth1987 following during 8.1 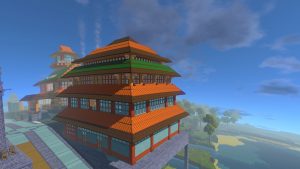 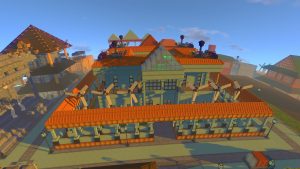 The predecessor to large-scale building – Transcendence, a mansion serving as city hall during 7.8.9

As we moved into the 8.0 map cycle, we started dipping into multiple new innovations, being (to date) one of the few servers successfully implementing a dual-currency setup. Whereas before we taxed people progressively more as their balance grew, with the separation of the previous singular Regal into a predecessor (dubbed ‘Minori’)  as well as a mid-game Regal.

As has traditionally been filled by the Regal, the Minori served as the de-facto global currency for the early purchases as well as low value, high volume goods like hewn logs and mortared stone.

As we moved into mid-game however, we created a second Mint for the Regal, which introduced a tax free savings account for the initial tax bracket, and sporting lower tax rates overall.

That is not all however – during 8.0 our first megaproject, dubbed ‘Phoenix Resurgam’ (Latin for “The Phoenix Rises”) was completed, modeled after the Liria Palace in Madrid, Spain. Subsequently, it was heavily featured in followup newsletters about 9.0’s government features, as well as becoming the 15th featured screenshot on Eco’s Steam page.

Lastly, we had the beginnings of a dual settlement setup due to Pater Omnipotens and Djehuty opting to settle on the continent of Rustica while adopting the central city’s currencies and laws. 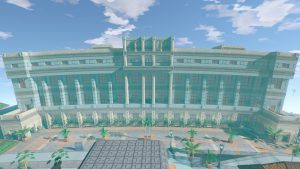 The 8.0 palace, modeled after the Liria Palace in Madrid, Spain

Innovation-wise, the Beta 8.2 map has had some refinements – all prices were multiplied by 10 so as to be able to balance prices more easily, especially for food as it has traditionally been a weak point.

Additionally, due to the inclusion of the Industrial Elevator, we have been able to refine the public mine to be much better looking. Where before we had to dig ramps all the way down to bedrock (with associated long travel times), this map saw a system of elevators in a lobby, designed for bedrock, granite and (initially) iron ore mining, of which the latter was scrapped in favor of a short ramp down to the ideal iron ore depth in the desert.

While we haven’t been able to succesfully replicate a multi-town system during our Beta 8.2 map cycle, we anticipate Beta 9.0 to enable multiple towns to spring up across the world much more easily, each with their own set of currency/currencies, laws and governmental system(s). 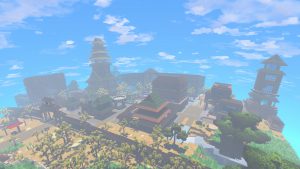 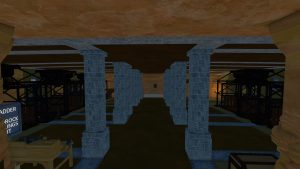 We hope it will allow for a much more diverse landscape across the board, where not one playstyle is dominant over the others by default. 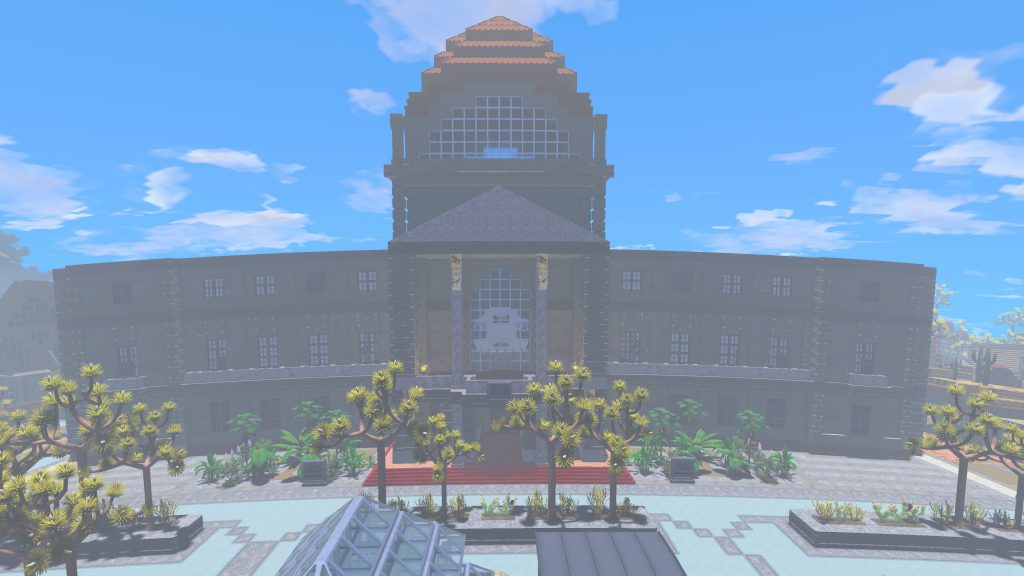 The Palais du Rhin in all its completed glory

The server was founded on several principles, aimed at providing a bastion of organization among the abundance of less organized, chaotic servers and/or servers with malicious admins/server owners. We observe the following principles, which we ask everyone to acknowledge:

1. Merit: We require a world in which every player gets an equal chance to succeed both in game (and where possible) in life.
2. Freedom: Without distinction of any kind, such as race, color, sex, language, religion, political or other opinion, national or social origin, property, birth or other status
3. Equality of Opportunity: The end of nepotism, cronyism, discrimination, privilege and unequal chances
4. Dignity: All human beings are born free and equal in dignity and rights
5. Psychological well-being: All players should be free from any isolationist, anti-social, intolerant views towards each other.
6. Reason/Logic: All human beings are endowed with reason and conscience and should act towards one another in a spirit of brother/sisterhood.
7. Quality: There should be no distinction between a veteran, nor a new player when it comes to access to skill scrolls, nor the ability to learn new skills in their endeavours to improve themselves.
8. Creativity: Education is the key to equal opportunity for every player and a progressive society.
9. Aspiration: Everyone should be allowed the chance to learn and do new things, including switching around professions between maps, or to adapt their specialties to fit a multitude of towns
10: Community: To provide friendship, companionship, and a secure, nurturing, supportive environment for every member of the community

What does equality of opportunity mean?

It means that regardless of who you are, whether you’re a new player and just starting out, an experienced player seeking a more organized world or a veteran of our server and have been with us for a long time, you get the same treatment wherever you go.

1. No nepotism: It’s not where you come from, or what relation(s) you have with an existing player, but who you are.
2. No cronyism: It’s not what others can do for you, it’s what you can do.
3. No discrimination: Sex, race, religion, age, background are irrelevant. Your talent(s) are everything.
4. Equal opportunities: You start from the same point as everyone else, and you go as far as your talents take you
5. Rewarding merit: The highest rewards for the highest achievers.