For those interested, Satsuki posted the story below about our economic exploits during Beta 7.8.9 as well as Beta 8.0 map cycles. It should provide for some additional background towards understanding our economic system and where we came from:

For those struggling or always curious to learn about the economic gameplay in ECO, I share with you my history of my service with [EU] Maiestas Haven, where I have sat (and is still incumbent) as chief banker for three rounds, and receive the acclaim of having “the smoothest working economy” experienced by many players.

Playing as the planner and provider of currency means that one plays quite differently from other players – often seen as “opposite” behavior at first. Whereas for most people pursue acquiring profit in money and then subsequently material from buying with it, the banker fights a tight balance between sourcing and buying the material for crafting his or her currency, and distributing the currency in a manner that is efficient, accessible, and fair.

The Eco economy can largely be divided into three sectors: Wood, mineral, and foodstuffs. Due to specialization it is likely that different people will be spearheading each sector. To effectively establish an economy, the initial distributors (i.e. have control of minting, have some degree of control, or ample supply) of the currency should have one representative from at least two of the three sectors, allowing all players to make money in their basic gathering, no matter their profession.

In our case, the currency was paper-based, and the chief carpenter and mason (the administrator) had co-access to the mint, printing money based on ongoing market activity and estimation of the economy’s expansion, and only with mutual approval and notification. As everyone needed to eat and build houses, the money quickly spreads and filters through the system.

Some professions do not naturally earn their income by store activity. For example, road engineers spend most of their time tamping roads using road tools or lay down the stone and asphalt roads they themselves produce on the government’s behalf. This means that they must keep track of their spending, and report to the government of their work and funding is then manually directed towards them after inspection.

As more complex assignments such as terraforming is difficult to prospect without on-site improvisation, the current contract boards on digging/excavation or building is not helpful – best to leave it manual. What happens to the ultra-rich and of inactive players, who hold precious bank accounts but aren’t around spending it? Taxation is a key part to keep the cash flow going.

Asides from sales tax, income tax makes sure that the government always has money to pay for roads and upgrades, or simply recycle currency that has otherwise been “flung out” and locked into accounts that are simply earning but lack a way to spend it – and this happens especially to those who have already earned much and satiated just about every desire.

We implemented tax brackets with the introduction of Demographics in 7.8.0, and the device has been essential to make sure that there will always be two or three big-earners who pay their taxes to fund the next big infrastructure project. 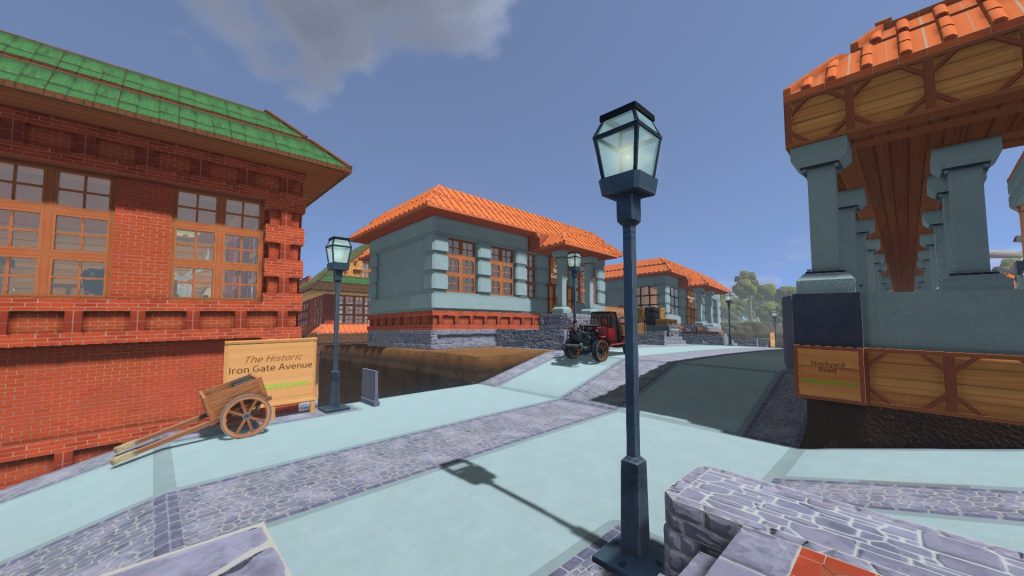 This was the basic game – for two worlds, Maiestas Haven was peaceful and productive, having developed a prosperous and glorious city-state before shooting down the meteor in fashion, with its populace watching from atop their well-illuminated towers of lumber and steel.

Was that all there is to it in the economics game? Hardly ever. Along with the introduction of 8.0.0, I decided to up the game in currency efficiency and “create more game” with the money system. The ultra-rich in the prosperous booming city of Maiestas were desperate to convert their newfound wealth into material before it was (heavily) taxed by the government’s graduated taxation system.

Moreover, income imbalance also disrupts a growing (and often strained) currency supply – was that wood pulp going to make more otherwise empty numbers, or was it going to something more useful, like the 12,000 pitch that is needed in the masonry that the whole city is desperately waiting for its mortared stone and bricks?

This is why in the extremely-active 8.0 game where the wood-pulp based early economy developed, as soon as conditions were able to, a second currency. Far from simply another set of numbers to play with, its role was clearly defined: The first (pulp-based) currency was widespread and in common use, but as its value was based on par with wheat, denominations for trade quickly racked up and shops had to put up large price tags and strained to scrounge enough cash to pay their customers in change.

The second (paper-based) currency was a derivative of the first, valued on par with flour (wheat’s processed form), and was again centrally-distributed – but not through just stores but currency exchanges directly tied with the government treasury. What a stack of pulp could produce into currency, could now easily represent 40x more in its processed form. But the benefits don’t just stop there.

To incentivize not just converting the populace to using the new currency but to use BOTH forms, one for cheaper and raw goods and the other for expensive and finished products, shops sought and offered middle-processed goods in both currencies, while the government pays their large engineering contracts in the new currency.

Most important of all, however, was the tax incentive: Buying and storing the new currency was encouraged by halved taxes compared to its official converted value to the smaller currency’s tax scale value, and a tax-free margin was introduced. Basically, the new currency was an alternate form of a small tax-free savings account. Hence, the first financial product of Eco is born.

Maiestas Haven today is a bustling, sprawling city, with 20 active players at its peak hours and over 30 committed players in and outside the city, but all working in this complex economy. Due to the new dual-currency system, wealth is now effectively divested by players into a plethora of new ways of spending and saving, including opening up new bank accounts and participating in joint venture shops – and resulting less tax overall. The story continues in the ongoing world of economics and social experiments, in Maiestas Haven.

Our map, as it was during the Beta 8.0 map cycle